There no so much people who know the artist who made the stop-motion animation sequences in many of Clive Barker films, such Hellraiser II or Nightbreed, but with an investigation over stop-mo books I found the name of this animator: Rory Fellowes (check. Now it´s time to talk with him about his animation career:

1) What are your strongest influences in the stop-motion world?

Undoubtedly, Norman McLaren is the Grand Master of us all. Before 1930 he had experimented with just about every FX trick available to filmed animation, painting and scratching directly on film, animating chalk drawings and water colours under the camera, multiple exposure, staggered negatives, stop-motion, pixilation, combining live action and animation. His focus was on music and dance and those are only part of my focus. I like acting, drama and surreal events so Willis O’Brien and Ray Harryhausen are great heroes too. An anonymous animator in the enormous army of animators who has been a great professional influence is Dietrich Hasse. We have worked together on a number of films in Germany. He was Team Supervisor on the stampeding Brontosaurus in Jackson’s King Kong. I should mention Ivor Wood who brought me into the industry and taught me the rules. Otherwise, I think Jan Švankmajer, Jiří Trnka, the Quay Brothers, Walt Disney and his 1920-1950 team, and Phil Tippett are my main heroes. But the only significant “influence” on my work as an animator is the world: reality and how to bend it on film.

The single most influential animation I ever saw was when I was about 10 years old. The Id Monster in Forbidden Planet is to this day one of the best live action and animation interactions of all time and I am sure that is when I started dreaming of making surreal events for film, though I had no idea what I was watching at the time. I was just terrified!! 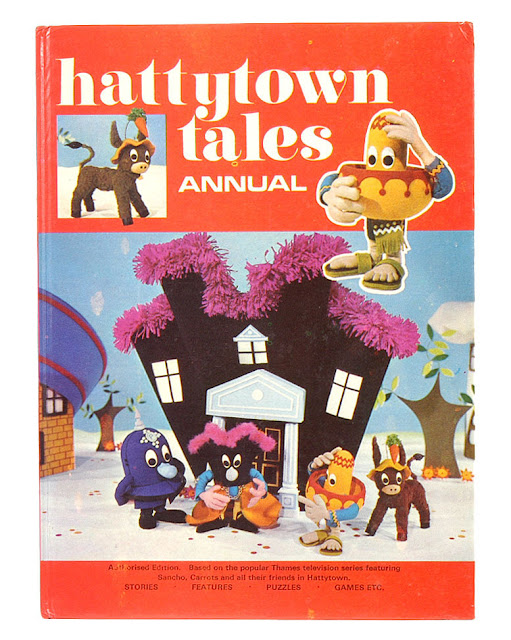 2) Your career as a stop-motion animator ran from 1983 to 1995, Why did you stop animating with puppets?

Actually it began earlier, with the TV series Hattytown in 1970, but I was also doing 2D cel animation drudge work, trace and paint, some in-betweening and assisting and such. I was also illustrating, painting and modelling (practical set models), and picture framing. So I had a varied career until 1983, when I began working with stop-motion full time. In 1992 or so, I had my first go on Autostudio and I was immediately hooked. I was in feature film FX and I could see that computers were going to take over my career. Besides, if I was in the Airforce, I’d be an astronaut. I love the tools we have now and want to try everything new I can lay my hands on and get my brain around!! I had worked using computers to give me desktop measurements, using a crude hardware plugged into an Atari that allowed me to flash two images current frame and last frame and so control the movements (all stop motion animators nowadays use similar systems – the old measuring techniques have been superceded by video assist). We first used our SAM hardware on Hellbound. Bob Keen told me about it and got me the gear. But my efforts to get into CG were thwarted because the companies using computers wanted me to have a degree in computer science. Then in 1995, Bob, who had been my FX Director on Hellbound and Nightbreed, bought some Silicon Graphics computers and we tried to make a TV series. And so I got into CG.

3) What do you remember from your animator era when you worked on the great series: The Wombles?

I only worked on the pilot of The Wombles. It was the end of my time working with Ivor Woods. Before that I made the Hattytown series and some work with Ronald Searle’s drawings, one or two other projects, commercials, stuff like that. I learnt all the basics of animation, including the drudgery and boredom, as well as the thrill of setting a good camera, pulling off a nice animation. I met my first wife while I was working there. It was in Marylebone, North London. I got my first flat, my working life began. After that job finished I ran an art workshop for a while with some friends.

4) The high points of your stop-mo career are the animated scenes from the features Hellbound and Nightbreed. How did you become involved in these projects?

Bob Keen asked to meet me after the commercial Tuborg: Human Train won the Gold Medals in New York and Chicago. He had a TV series project he wanted to make. That never happened but I went back to see him and told him what I had always wanted to do was animation for feature films, realistic stuff. He had a project they called me in for, but when I arrived they told me that project wasn’t happening and we were doing Hellbound instead. After that he asked me back for Nightbreed. You can read a long essay I wrote about my experiences on Nightbreed at http://www.clivebarker.info/nbroryfellowes.html [Note: Please read it to know all the info about the deleted Nesta beast scene] 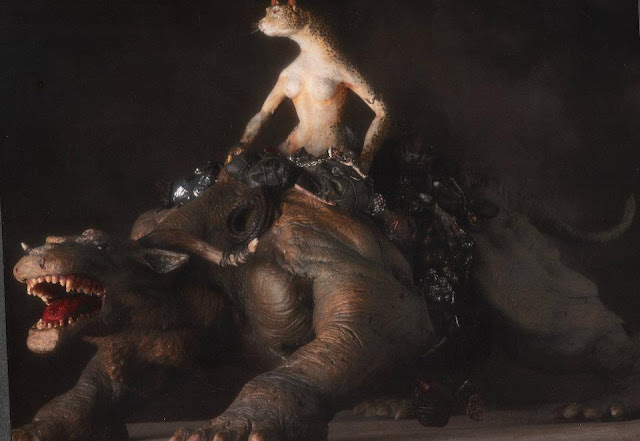 On Hellbound we got around a second a day, I think (it was a long time ago and I didn’t keep a diary on that one, unlike Nightbreed), maybe more, (tentacles aren’t difficult) though the shots with camera tracks took longer to set up. Nightbreed we got about 12 frames a day, sometimes less. 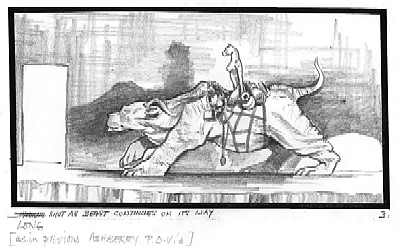 6) I read in an article on the Clive Barker website that you used triple exposures for the Barbarus puppet in Nightbreed. Can you explain this multi-exposure process?

We exposed each frame 3 times (winding the film back one frame afterevery exposure) and instead of exposing at 180 degree shutter weexposed with a 60 degree shutter. This meant every frame got a fullexposure (3 x 60 =180) over three passes.

The parts of the frame that only got a third of the exposure and therefore appeared ghostly created the motion blur feel we were after.Effectively for every frame that appears in the film I animated the puppets 3 times.

7) Also, you used the stop-mo in music video clips of great artist like Shania Twain and The Cure. Can you talk a little bit of these works?

In 1983 a model-maker friend of mine, George Trapp, called to ask if I’d be interested in working on a pop promo. I’d told him I was looking to get back into film (I was running a picture framing business at the time and getting bored). The film was for a couple of girls called Strawberry Switchblade. It was mostly pixilation so I only had to remember what I knew about timing (you can see it here - http://www.youtube.com/watch?v=x7QPBzAJ_io ). The director was a guy called Tim Pope and he turned out to be the leading promo director in London at the time so he had the budget for animation. We worked on a lot of projects together, and in 1986 he directed “Tuborg: Human Train”. He directed The Cure videos and their concert films for a few years, and I worked on one of them. The great thing about that time was that all the promo directors were experimenting (music video directors still are the front line of directing styles and techniques, don’t you think?). They were trying to find new ways to make movies, and though none of us knew it then, they laid down the ground rules for what animation would have to be capable of in the future. That was when I started to realise stop-motion wasn’t going to be able to follow them, that I’d have to find a way to animate with computers.

8) In the present day you work as CGI animator, do you think you might come back to stop frame animation in a near future?

I still do some stop motion work with students and for fun, theirs and mine. It is the best way to remember that animation is fun when you are knee-deep in all the technicalities of CG. The lovely thing about stop motion is it is instant and it can be very simple. And 30 seconds of anything supposedly inanimate moving about is watchable. These days all you need is a digital camera and some kind of editing software (I use After Effects and Premier). Check this out - http://www.youtube.com/watch?v=8EVyRvvOsYE) None of the people working on these films even knew what a frame was on the first day, and by the end of the second they had made this.But professionally I am wedded to CG and the subtleties it allows animators to achieve. It is only the latest tool box, I have even done some projects making CG look like stop-motion, so I guess I have come full circle!!
Una entrada stopmotionera de Adrián Encinas

Great interview :) I've always liked the animation in Hellbound, and now you've got me looking forward to the re-release of Nightbreed! Had no idea there was that much footage missing.

We invite you all to participate in our new business and project funding program, We are currently funding for Business start-up Business developments, Business acquisition Business expansion, Project funding and Working capital etc.

This Funding program allows a client to enjoy 3% low interest rate and payback period of 1 to 15 years. We can approve a loan/funding for up to a Million Dollars, Euros, Pounds or more depending on the nature of business we are currently funding for and we satisfy our customers’ financial needs and help them succeed 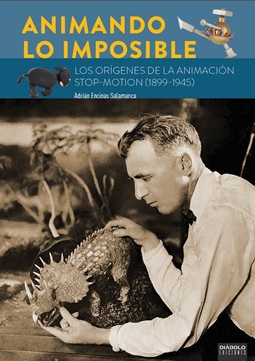 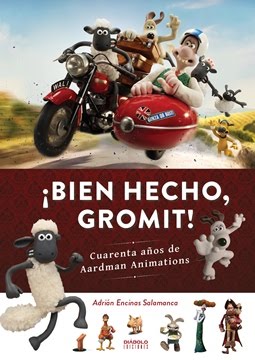 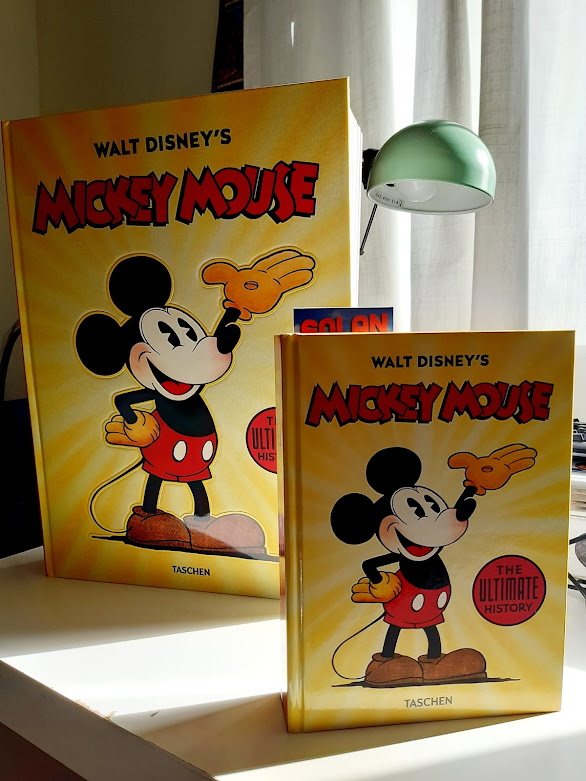 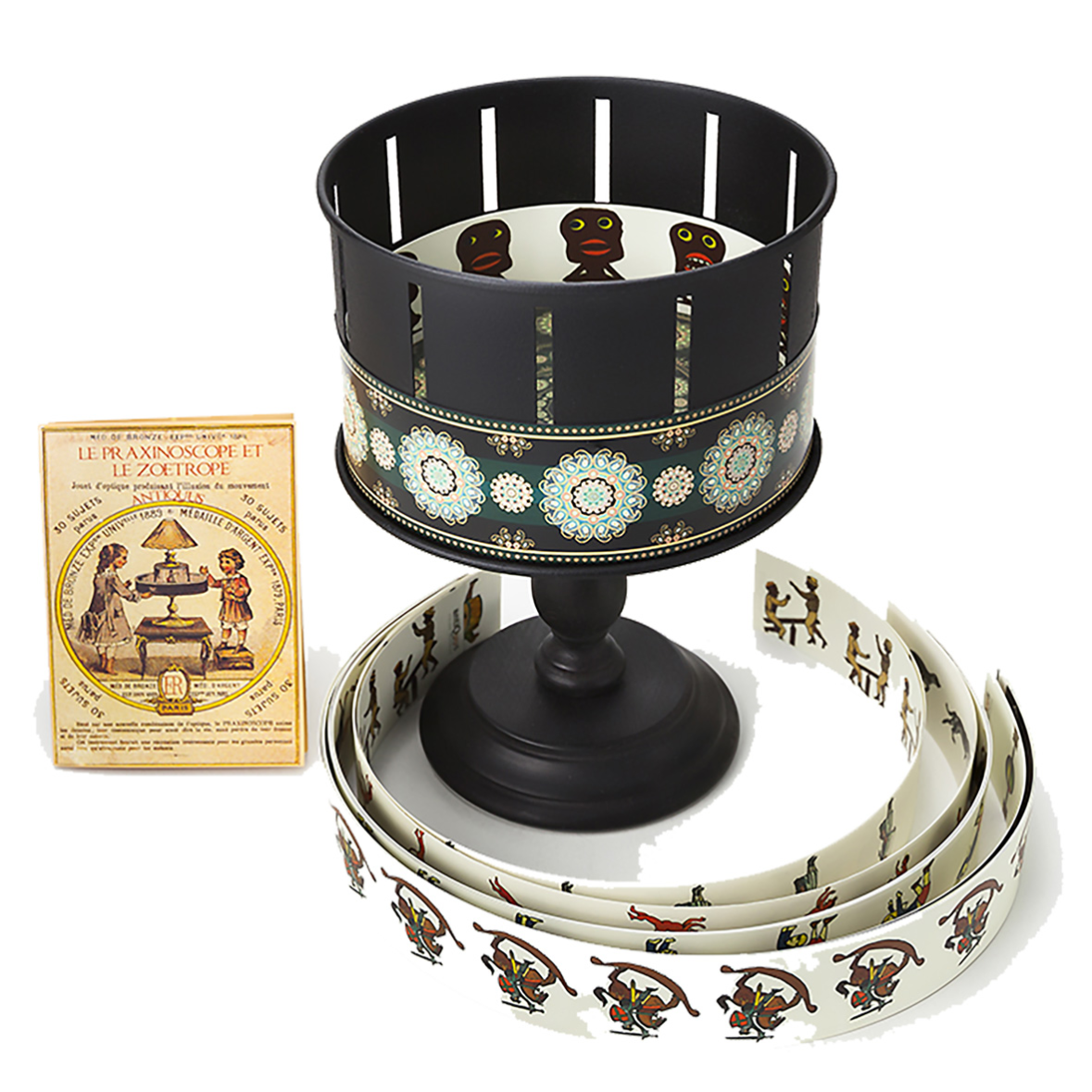